Randy has been seen Off-Broadway in Give a Man a Mask at the York Theater, New York and in the world premiere of the musical Chance at the Alcove Theater, San Francisco. Other theatre work includes Howard Crabtree's When Pigs Fly, Charles Busch's The Divine Sister, Bitchslap and Die, Mommy Die! 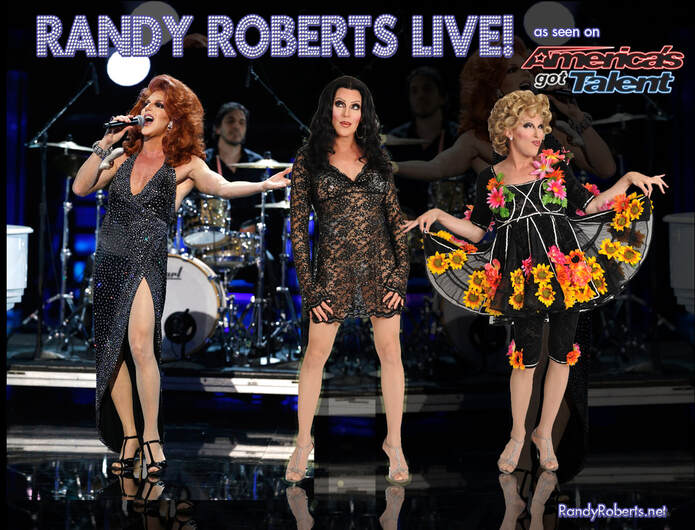 ​Randy is currently celebrating his 21st year headlining in THE CRYSTAL ROOM CABARET at La Te Da in Key West, Florida. He has also been seen in Boy-lesque at the Sahara and Stardust hotels and An Evening at La Cage at the Riviera Hotel in Las Vegas.
He has performed all around the world from San Juan to Madrid.
​
Randy’s uncanny impersonations of Cher and Bette Midler have kept him in the
spotlight for the past thirty years.

Randy comes to us direct from his second season at Zedel's Cabaret Room, London.
"The whole package!" - Howard Stern

"Delicious. Truly talented. At the top of his game" - The New York Times